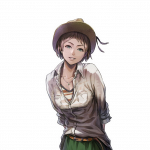 Hello there, and welcome to my page! I haven't really been into using Wikia, other than to edit pages; but... I'll be happy to help expand this Wiki, which is suffering from a deficit of valuable information, like other Wikis.

I got into Shutokou Battle when I was browsing racing games, and one game caught my eye: Import Tuner Challenge. I was into it from the very start, fascinated at how it was often set on the Shuto Expressways in Tokyo, and the interesting customization options. I immediately got the game, but it was in poor condition, so i returned it before getting another copy of ITC. It was in much better condition, and I was immediately pulled into it.

My first car in the game was a Nissan Fairlady Z33, and I used it against the first three bosses; Bloodhound, Midnight Cinderella, and Platinum Prince. I then brought a R32 GT-R, and used it against Skull Bullet's guys, before taking Skull Bullet out himself; and I even used it against the Phantom 9. I had a lot of trouble with the GDB drivers such as Dark Tengu or Azure Sniper, as they would have a sudden acceleration.

After defeating Phantom 9, I brought a R34 GT-R; and used it against the final bosses; basically making the game a cakewalk. After beating ITC, i kept playing it again and again to get all the cars.

Afterwards, I developed interest in the Tokyo Xtreme Racer/Shutokou Battle series of games, and wanted to go further. I wanted to learn more about each boss. I wanted to know more about certain rivals or wanderers. One boss caught my very eye; and all it took was a S15 with a livery from the Angel-winged SE3P; and a cute character design.

I shortly found out that it was actually Dejected Angel's real name, and I started to love her afterwards. I started digging into Japanese websites that would hold information on the Shutokou Battle series, and I wanted to develop each boss, to the point where I actually wanted to have some of them be featured in a now-cancelled project of mine. Setsuko's character amplified my love for the FR layout, and I started to consider the S14 and the S15 to be among the list of my personal favorite cars.

I also play Street Supremacy, where I started with an AE86, before getting rid of it in favor of a JZA80. I was hellbent on recruiting each and every one of the bosses. I wasn't hesitating to get Dejected Angel (Sad Angel) on my team, along with a few others such as Exhaust Eve or Jintei, as much as the latter was irritating to get; and he wasn't very good in team battles... (I still consider Iwasaki-san to be one of my favorite bosses despite his disappointing preformances in Street Supremacy.)

I'll like to work together with whoever who's still working on the TXR Wiki. Hit me up when you need anything, and I want to learn more about using Wikia.

Retrieved from "https://tokyoxtremeracer.fandom.com/wiki/User:Yuutsuna-Tenshi?oldid=9848"
Community content is available under CC-BY-SA unless otherwise noted.